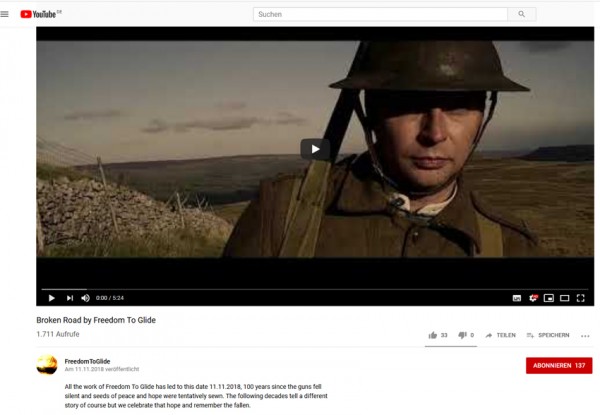 All the work of Freedom To Glide has led to this date 11.11.2018, 100 years since the guns fell silent and seeds of peace and hope were tentatively sewn. The following decades tell a different story of course but we celebrate that hope and remember the fallen. Lest we forget...

Here is the link to the new video:

Seed - the music SEED is the third album from Freedom To Glide and completes their anti-war trilogy which began in 2013 with RAIN followed by FALL in 2016. With SEED Freedom To Glide have brought together every aspect of their unique sound to produce a very focused and personal concept album based around one man‘s experience of 1918 - the final year of World War 1. Musically, Freedom To Glide take you on a cinematic journey through their now familiar sonic landscape of layered synths, evocative acoustic guitar, atmospheric piano and soaring guitar solos. Seed - the concept: On leave from the war at the beginning of 1918, a soldier, struggling to come to terms with the fact that the war seems to have no end in sight starts to conclude that his death is inevitable. Fearing this may be the last time he sees them he tells his family to prepare for the worst. In the months that follow he realises how much the war has cost him, his family, his friends, indeed all humanity. As his thoughts turn outward to the wider world he encounters an ‘enemy’ doctor carrying a fellow soldier back to safety. The two talk and find a mutual respect for one another as the futility of war stares them square in the face. With the end of the war now in sight they find a ray of light in the black of the war, a seed of hope that maybe peace is within reach?

05 The Right Within The Wrong

06 The Space Between The Lines

10 When That Day Comes 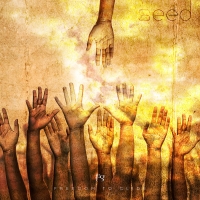