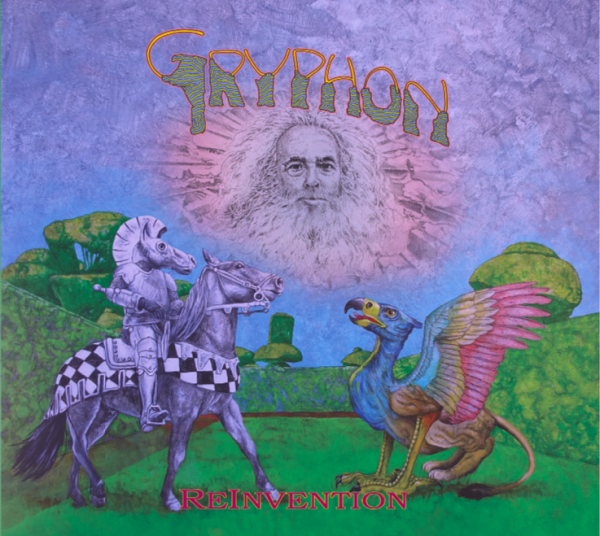 Would you believe it? Gryphon are releasing an all-new studio album of especially written, previously unheard material – and this comes all of 41 years after their 5th album, way back in 1977. Release date is set for 1st September. Now they really are the oldest and the newest thing - a legendary British band that’s as exhilarating, energetic, unpredictable and addictive now as it ever was.

No-one could ever pigeonhole Gryphon. When the first album came out, the band appeared on BBC Radios 1, 2, 3 and 4, all in the same week. They appeared with Yes at Madison Square Garden and Houston Astrodome, played prog rock festivals, folk clubs and cathedrals. They wrote and played the music for Sir Peter Hall’s National Theatre production of The Tempest at the Old Vic and found a unique place in the hearts of folkies, proggers, Early Music aficionados and anyone with an ear for something creative, fresh and different.

When they split, the members furthered their experience appearing alongside everyone from Kate Bush to Van Morrison, Cher to McCartney, John Williams to Long John Baldry, but after a one-off sell-out show in 2009 at the Queen Elizabeth Hall, London the band reformed in 2016 as a six-piece with three new members and since then have been back on the road wowing audiences all over again and rapidly gaining a new fanbase.

ReInvention returns in part to their early connection with Lewis Carroll’s Alice books, in which they found their name. Guitarist Graeme Taylor has set the White Knight’s song ‘A-Sitting on a Gate’ into an epic 11 minute extravaganza which takes us on a musical journey from a reflective Brittenesque bassoon, clarinet and violin trio introduction, into a prog-rocky dialogue between the White Knight (Brian Gulland) and an ‘aged, aged man’ (Dave Oberlé), through a heavy-metal riff with a suddenly distorted and harmonised bassoon, and thence to a plaintively tragi-comic conclusion to bring us home with a rousing military march. Something for all the family!

Relatively new member (of a mere 9 years’ service!) Graham Preskett also contributes 4 new compositions, very much in a mid-70s Gryphon style, though adding for the first time some Celtic influence, and demonstrating his experience in writing filmic music. Graham is not only invaluable for his writing, but is also a brilliant multi-instrumentalist and employs his talents  on violin, mandolin, harmonica and keyboards to great effect.

So what is Gryphon’s music? It’s just as it always was – imaginative, quirky, dazzling yet full of humour. It’s mainly acoustic, featuring a kaleidoscope of instruments. Every gig and album utilises at least 40 instruments, so the textures can be pretty varied and unfamiliar.

Gryphon, as ever, is the antidote to genres. Whatever you expect, you’ll get something different, surprising, and exciting. Whatever you get, it’ll make you wonder why it took these guys so long to crank up the engines and get back in the studio again. But, as ReInvention proves, it will certainly be worth the wait.