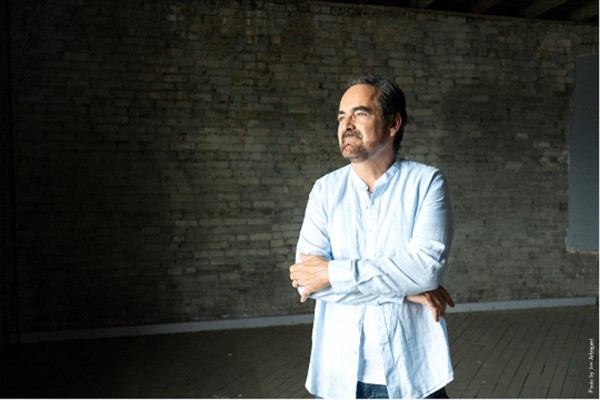 Neal Morse is set to release ‘Sola Gratia’, his new solo progressive rock concept album, on the 11th September 2020. Originating from a seed planted in his mind about writing a record based on the apostle Paul, ‘Sola Gratia’ quickly came together at the beginning of 2020. The album sees Neal working with long-time collaborators Mike Portnoy, Randy George, Eric Gillette, Bill Hubauer and Gideon Klein.

Neal comments: “Seemingly Sincere is one of the last songs I wrote for Sola Gratia. Having a song about the stoning of Stephen seemed appropriate and when I started writing it, I immedi-ately felt the drama and intensity. I wasn’t really expecting for it to have a really long instru-mental section with keyboard and drum solos, but that actually turned into one of my favorite parts of the album.

I think Christian Rios has done amazingly well on this video as it is so difficult to create good music videos remotely during Covid. I think he did a fabulous job and I hope you all enjoy it.”

The title ‘Sola Gratia’ of course has echoes of Morse’s 2007 epic ‘Sola Scriptura’, about the life of Martin Luther, but was in fact originally the result of a simple marital misunderstanding: “I was talking to my wife Cherie about debuting this new piece at Morsefest 2020 (Morse’s annual fan convention in Nashville) and she said she thought it would be good for me to do a solo al-bum. However, I thought she said ‘Sola album’ and – because some of the new ideas involved Paul’s aggressive pursuit of the early Christians, I could see a link to some of the themes of per-secution in ‘Sola Scriptura’.”

The music was recorded ‘virtually’ in April 2020 at the height of the Coronavirus lockdown with long term collaborators Mike Portnoy (drums) and Randy George (bass): “It’s the first album we have ever made remotely: I sent them the basic tracks and asked if they wanted to rearrange things, but they just said ‘No, it’s great!’, so they just played to it and sent their parts back over. It wasn’t an easy way to make an album, but creating always has its challenges, no mat-ter how you do it.”

As Morse explains, it was this process that decided that ‘Sola Gratia’ was to be a Neal Morse al-bum, rather than being credited to The Neal Morse Band: “With the Neal Morse Band, the whole band works together on the writing, and while Eric Gillette plays some guitar and Bill Hubauer has added some keyboards on this one, neither of them wrote – or is singing – on this album.”

‘Sola Gratia’ will be released as a limited CD/DVD Digipak (featuring a ‘Making-Of’ documentary), Gatefold 2LP + CD, Standard CD Jewel Case and as a Digital Album. The cover art was created by another longtime collaborator, Thomas Ewerhard. 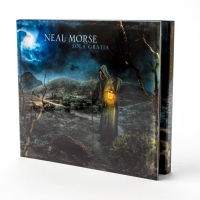 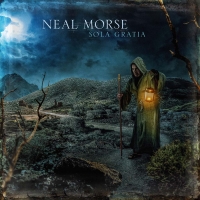 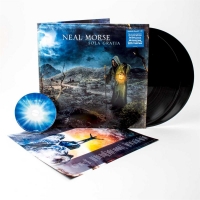