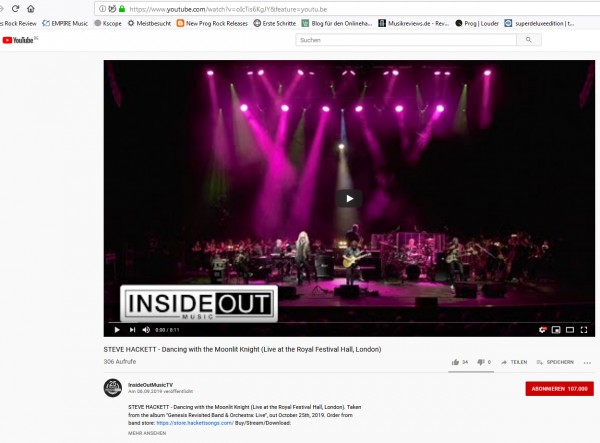 Now, a first track from this stunning release is available, ‘Dancing with the Moonlit Knight’ from Genesis’ iconic ‘Selling England by the Pound’ album, watch the clip here: https://youtu.be/oIcTis6KgJY

The Blu-Ray also includes a behind the scenes documentary plus promotional videos for ‘Under the Eye of the Sun’, ‘Beasts in our Time’ and ‘Peace’ from the ‘At the Edge of Light’ album as extra! See trailer here: https://youtu.be/hsPYRMwOW-s

2019 is a busy year for Steve. Following the success of the orchestral tour Steve released his 25th studio album ‘At the Edge of Light’ in January. He and the band then embarked on the Selling England/Spectral Mornings Tour across Europe and the USA before they return for 20 dates in the UK in November. This tour marks the first time Steve has performed the whole of his favourite Genesis album ‘Selling England by the Pound’ together with Steve’s favourite songs from his solo ‘Spectral Mornings’ album, celebrating its 40th anniversary, and tracks from his current album. 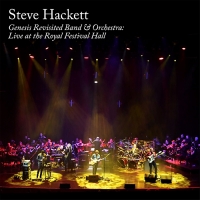