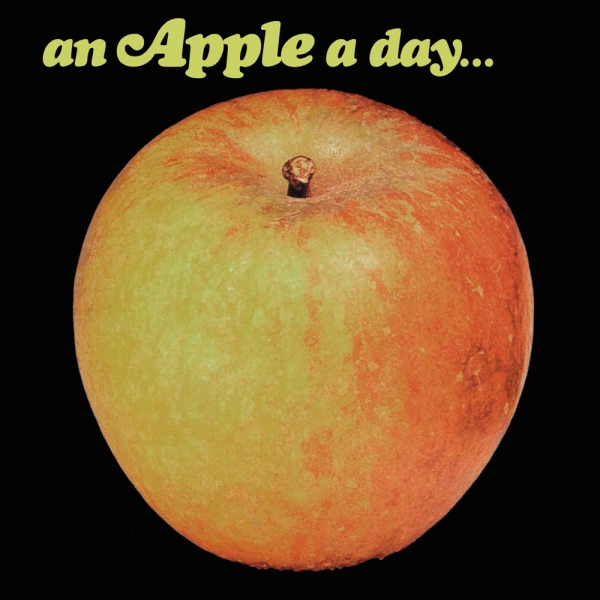 €15.99 * Prices incl. VAT plus shipping costs
Description
They made one of the rarest albums of the psychedelic era (a copy recently sold on eBay for just... more
Close menu

They made one of the rarest albums of the psychedelic era (a copy recently sold on eBay for just under £4,000), while their two singles included one of the genre’s most enduring surrender-to-the-void creations in the much-compiled ‘The Otherside’. Nevertheless, so little information has ever surfaced about Apple that UK underground rock guide book Galactic Ramble described them as “probably the only legendary UK psych band still shrouded in mystery”.

Finally, however, we have some kind of closure with this first-ever band-approved reissue of “An Apple A Day”, which also includes mono mixes of their aforementioned brace of single releases. More than half-a-century after they split, band leader Jeff Harrad spills the beans for the first time on their murky genesis in Cardiff, from their pre-Apple days on the local beat/R&B scene to the band’s brief relocation to London and brushes with guitarist Caleb ‘Baby Your Phrasing Is Bad’ Quaye and Kinks/Troggs manager Larry Page, who signed them to his Page One label. apart from the singles, “An Apple A Day” featured such psych-pop gems as ‘Queen Of Hearts Blues’, ‘Mr. Jones’ and ‘Photograph’, whose combination of brass/orchestral arrangements and Alice In Wonderland-style lyrical surrealism conjured up images of Syd Barrett fronting The Kinks.

With a new essay on the band that includes numerous quotes from Harrad, rare band photos and re-mastered sound quality, this new digipak edition of “An Apple A Day” is the definitive release of a classic, much-loved late Sixties UK psychedelic pop period piece. 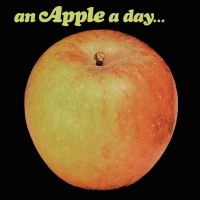