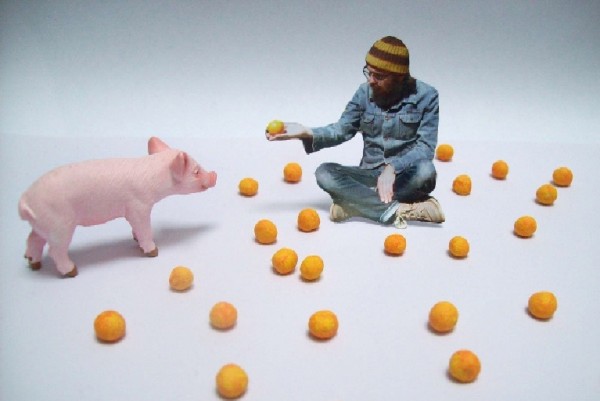 Jarrod Gosling (I Monster, Cobalt Chapel, Henry Fool), winner of last year’s Prog Award for Best Album Cover (for Tim Bowness’ Songs from The Ghostlight) is set to release the third album from his Prog/Psych outfit Regal Worm on Uranium Club on 13 July 2018.

Called “Pig Views”, it is the third in a loose trilogy of albums that started to great acclaim with 2013’s “Use and Ornament”, quickly followed by the companion piece 2014’s “Neither Use nor Ornament”.

Featuring Jarrod’s trademark use of vintage synths, organs and Mellotron to great effect and largely self-played, this beautifully produced album sees the RW sound move to a more song based format but still allowing space for contemporaneous flights of fancy and some seriously heavy psychedelic grooves.