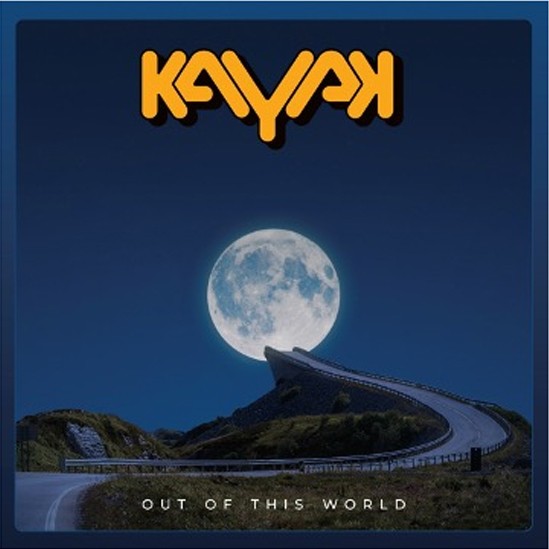 Legendary Dutch progressive rockers KAYAK are pleased to announce they will return with their 18th studio album ‘Out Of This World’ on the 7th May 2021. Following the bands return in 2018 with a new line-up, new record label and first new album since 2014 in ‘Seventeen’, the band are excited to reveal its eagerly awaited successor.

Founding member Ton Scherpenzeel comments: “Many people seem to consider the past year as a lost year, due to Covid. I don’t. I am not saying it was great, but it made me realize, once more, how fragile we all are. How connected everything and everyone is, with actions and consequences that touch us all. And that, on a smaller scale, and much closer to home, the new Kayak album could only have turned out the way it did. More than ever, it is clear that working with each other on this level can never be taken for granted. It requires dedication, and respect for each other’s talents and input. That’s the foundation upon which Kayak in 2021 is built.”

Watch a short teaser for the new album here: https://youtu.be/zo-YUX4RbWM

‘Out Of This World’, the band’s eighteenth studio album, with 15 new tracks, spanning 70 minutes of energetic and incredibly diverse material- though still very much recognizable as Kayak. It is clear that the new found energy has gained even more momentum since Hans Eijkenaar rejoined the group. Although they were forced to cancel all tours because Ton Scherpenzeel suffered a heart attack at the end of 2019, and immediately after that because of the Covid pandemic, we’re hearing a band that, since the demise of Pim Koopman in 2009, has not sounded more together, balanced and motivated. The current line-up of the band is as follows: