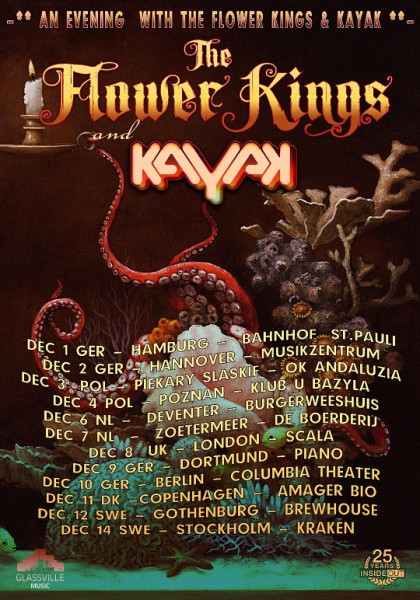 The Flower Kings & Kayak will join forces for a European tour in December 2019, in support of The Flower King’s forthcoming new album and Kayak’s most recent studio record ‘Seventeen’.

Roine Stolt of The Flower Kings comments: "We're happy to go on tour in Europe again in December - We will present The Flower Kings music from the early days – concert favourites – plus some brand new music – that is along the lines of the early music of the band – symphonic rock. We're happy to bring our friends in KAYAK along for this proggy double bill - it will be a monumental meltdown of melodic prog - not to be missed."

Kayak’s Ton Scherpenzeel adds: “We can't wait to go on tour with the Flower Kings in December. For Kayak that will be a great way to end the year, a chance to meet new fans and it also serves as an inspiration for making the next album.”

As mentioned, The Flower Kings are currently putting the finishing touches on their forthcoming studio album which is due to be released later this year. This run of shows follows a successful tour in celebration of InsideOutMusic’s 25th anniversary in late 2018 alongside label-mates Spock’s Beard, as well as select shows in 2019 including Midsummer Prog Festival last month.

In 2018, Dutch progressive rockers Kayak released their new album ‘Seventeen’, reaching number 6 in the album charts in the Netherlands. The band, led by founding keyboardist & composer Ton Scherpenzeel in 1972, have been touring frequently since the release to much acclaim. 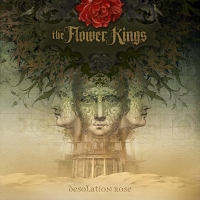