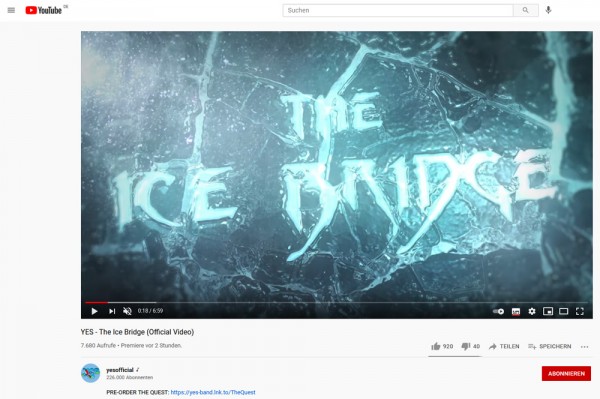 YES, who are Steve Howe, Alan White, Geoff Downes, Jon Davison and Billy Sherwood, recently announced they will release their new studio album The Quest on InsideOutMusic/Sony Music on 1st October 2021. The album was produced by Steve Howe.   "Much of the music was written in late 2019 with the rest in 2020. We commissioned several orchestrations to augment and enhance the overall sound of these fresh new recordings, hoping that our emphasis on melody, coupled with some expansive instrumental solo breaks, keeps up the momentum for our listeners,” said Steve.

The Quest was recorded across the globe. The sessions took place in the UK with Steve Howe, Geoff Downes & Jon Davison, while Alan White & Billy Sherwood got together in the studio in the US. “Billy Sherwood and myself did all the rhythm sections, bass and drum, in America,” says Alan White, “down in Los Angeles at Uncle Studios, where he works a lot. It helps when you’ve got a good place to work,” Alan laughs, “and Billy’s really good on the recording desk, so we got things down relatively quickly. I spent quite a while studying the music before I went down to LA so I was prepared.”

YES are pleased to reveal the first track to be taken from the album – "The Ice Bridge" – watch the video here:

Alan White comments: “I’m extremely proud to be a part of this music and believe the video graphics are outstanding. A collaboration of many talents coming together to produce ‘The Ice Bridge’. I hope our fans/audiences will appreciate the creativity put forward. I’m pleased to share it with the world and hope everyone will enjoy the ride.”

Steve Howe adds: “’The Ice Bridge’ opens the album in the dark and moody key of C minor, aided by the orchestra. The rolling bass part kicks things into gear as the vocals and guitars start a winding journey through the various structures till the breakdown happens, where ice breaking is heard.”

Jon Davison was working with Geoff Downes on The Ice Bridge (Davison/Downes), looking at the dangers of climate change. He explained how he sets about collaborating with his band mates: “Usually what happens is each member is left to write their respective parts and put their stamp on things. Geoff sent me a selection of exciting and often gorgeous snippets he had created and made it clear that he wished I experiment freely and develop as needed. This in turn gave me the confidence to take on the vocal role - lyrics, vocal melody and harmony, how the vocals are presented and uniquely phrased - but all the while striving to stay faithful to Geoff’s initial ideas.”

“Jon’s vocals are fantastic,” adds Geoff Downes, “he’s really come into his own as a YES vocalist. This time he’s started to get the writing side together and working with the other musicians has been developmental for him. I think he’s hit a rich seam on this one.”

Containing 11 songs, 8 on the main CD with 3 extra tracks on a bonus CD, The Quest will also be available as Limited 2CD+Blu-ray Artbook, 2CD Digipak and Gatefold 2LP+2CD.

YES Story
For half a century YES have been the definitive band of the progressive music genre, the band by which all others are judged. Their ground-breaking albums of the 70s set the standard for the genre and influenced countless others who followed in their wake.

The current line-up of YES was completed in 2015 when Billy Sherwood replaced founder member Chris Squire, at Squire’s insistence, as he bravely fought a losing battle with leukaemia. Since then, YES have concentrated on touring with their Album Series tours, each featuring a classic YES album in its entirety. During this period YES have released three live albums Topographic Drama – Live Across America (2017), Yes Live 50 (2019) and The Royal Affair Tour: Live in Las Vegas (2020).

The music of YES has endured over the years and has been handed down through generations of music lovers. 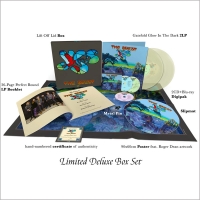 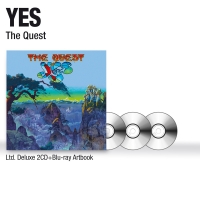 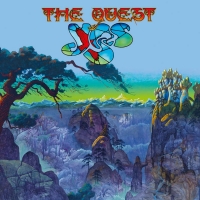 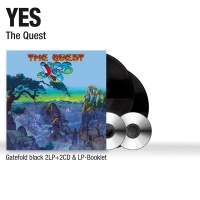 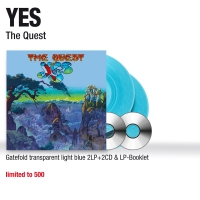