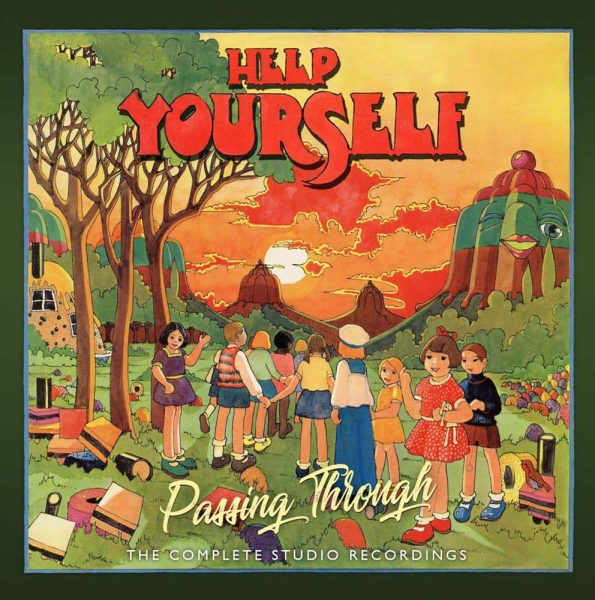 Esoteric Recordings are pleased to announce the release of PASSING THROUGH – THE COMPLETE STUDIO RECORDINGS, a 6CD boxed set by the unsung heroes of British early ‘70s rock, HELP YOURSELF.

Following a tour with label mates Brinsley Schwarz and Ernie Graham (also Famepushers artists), Ken Whaley departed the band. An expanded line-up including Ernie Graham and Jonathan Glemser began work on the album STRANGE AFFAIR in 1972, but Graham and Glemser’s departure half-way through the recording saw roadie Paul Burton join the band to complete the album, (which would include the excellent extended track “The All Electric Fur Trapper”). The band embarked on a tour of Switzerland with Welsh rock legends Man and a bond formed between the two groups. The band’s next album, BEWARE THE SHADOW, was an even stronger effort, featuring the Help’s twelve-minute anthem, “Reaffirmation”, a track that displayed the instrumental excellence of the group. Prior to a tour to promote their most recent album Malcolm Morley fell ill with depression and DEKE LEONARD, recently dismissed from Man, took his place. When Morley recovered, Leonard remained with the band, appearing with them on the CHRISTMAS AT THE PATTI concert in Swansea in December 1972. In early 1973 Deke Leonard departed the band to pursue a solo career and the band began work on the album HAPPY DAYS, a record that also featured THE FLYING ACES (featuring former MAN bassist MARTIN ACE and his wife George) and VIVIAN “SPIV’ MORRIS and spawned a touring musical review featuring all the musicians. Paul Burton’s departure during these sessions saw Ken Whaley return to the band. Work then commenced on another album, THE RETURN OF KEN WHALEY. Both albums were released as a package by United Artists later that year. Although critically acclaimed, commercial success continued to elude the band and Help Yourself were dropped by their record label. A fifth album was recorded at Chipping Norton Studios in Oxfordshire in 1973 but this failed to gain a release for over thirty years. The aborted album led to Help Yourself disbanding, with Malcolm Morley and Ken Whaley joining Man in 1974 for their album Winos, Rhinos and Lunatics. Following his departure from Man, Malcolm Morley recorded a solo album in 1976 that would also remain unreleased for thirty years.

Over four decades on, HELP YOURSELF are now regarded as one of the great, unsung British bands of their era and the songs of Malcolm Morley are recognised as true treasures. PASSING THROUGH – THE COMPLETE STUDIO RECORDINGS is a lovingly compiled boxed set which gathers together the albums HELP YOURSELF, STRANGE AFFAIR, BEWARE THE SHADOW, THE RETURN OF KEN WHALEY / HAPPY DAYS, the unreleased album FIVE , all the band’s non-album singles & Malcolm Morley’s unreleased album LOST & FOUND along with a previously unreleased BBC session & a studio demo.

The set is newly re-mastered from the original master tapes and features an illustrated booklet with rare photographs and a new essay with interviews and a poster and is a tribute to the inspirational music of HELP YOURSELF.
ALBEN DIESER BAND/ARTIST 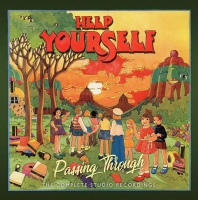