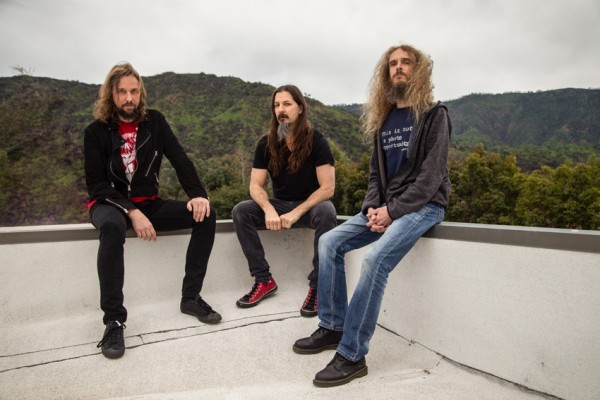 The Aristocrats, perhaps the best known instrumental rock-fusion band on the circuit, have recorded their most ambitious and exploratory album to date. You Know What...? is the fourth studio album from the trio and includes nine new tracks recorded at Brotheryn Studios, Ojai, CA.

You Know What...? is available in standard and deluxe CD packages, the deluxe edition including a bonus DVD featuring exclusive studio footage and interviews with the band.

In true Aristocratic tradition, each band member wrote and produced three songs which were brought to life in the studio thanks to the band’s instinctive chemistry and shared musical vocabulary. Having taken a little time away to work on other projects, the band were excited to be back together doing what they do best and producing a sound that’s at once fresh and new but unmistakably the work of The Aristocrats with their trademark blend of discipline and musical freedom. True to form, the album doesn’t hitch its wagon to any one genre. The only rules the trio live by are that the music must be pleasurable for the listener and it most definitely has to be fun to play. A glance at the track listing for You Know What...? may cause some raised eyebrows from those unfamiliar with the band. For fans however, it’s a tantalizing glimpse of the stories behind the songs that the band will soon be sharing with audiences all over the world on their upcoming world tour, which begins in North America this summer.

From the filthy, greasy rock of "D Grade F*ck Movie Jam" and "Terrible Lizard", to the quirky anything-goes madness of "Spiritus Cactus" and "Spanish Eddie", to the lavishly arranged "Burial At Sea" and "When We All Come Together", and to the timeless melodies of "All Said And Done" and Last Orders", You Know What...? is an album full of addictive grooves, high energy jamming and seemingly impossible musical twists and turns. The Aristocrats are undoubtedly back and ready to blow some minds.

3. When We All Come Together

4. All Said And Done

7. The Ballad Of Bonnie And Clyde