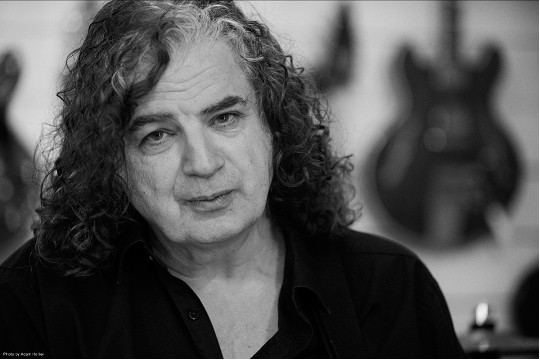 Jakko M Jakszyk is pleased to announce the release of his forthcoming new solo album ‘Secrets & Lies’ on the 23rd October 2020.

Jakko comments: “The enforced sabbatical from King Crimson has given me the opportunity to complete a new solo album. Encouraged by Thomas Waber at Inside Out, and aided and abetted by numerous friends, heroes and family.
The first single, ‘The Trouble With Angels, makes its debut on the 14th August. Complete with an extraordinary animated video by Iranian film maker Sam Chegini.
And getting that made amidst the pandemic is a whole other story!!”

‘Secrets & Lies’ contains 10 songs that explore topics such as obsession, betrayal, the shifting grounds of contemporary politics, and the tangled threads of family history, Secrets And Lies balances sensitive writing, musical technique, and accessible tunes cast in an impressively cinematic sound world. With three of the tracks, Separation, Under Lock & Key and Uncertain Times originating in King Crimson's writing sessions, the result is a mature work brimming with yearning melodies in symphonic or widescreen settings, fluid guitar work, and Jakko’s heartfelt, emotional vocals.

‘Secrets & Lies’ will be released as a Limited CD+DVD Digipak (featuring 5.1 mix), Gatefold LP + CD & as Digital Album. The cover art was created by Sam Chegini, with design by Phil Smee, and you can find the full track-listing below:

The first single and video will arrive on the 14th August, look out for more information on that soon.